Games in Music Conference Entertainment Night
Chan Centre for the Performing Arts Nov 04 2022
Video Portfolio Piece (Middle Earth) LOTR painted for the LIVE VR Event
"It's not every day that you're invited to LIVE VR Paint at an event especially to the music that you've only dreamt about and that has literally defined your existence for as long as you can remember. But this happened to me on November 4 2022, a date that I will always cherish for as long as I live."

For a few years now, I've been interested in modernizing traditional cultural events such as orchestras, galleries and theatrical plays by integrating XR and emerging media. In May 2022, I met Grace Wood (Producer) and was invited to live paint at her Games in Music conference, Under the direction of Lucas Waldin (Creative Director / Principle Conductor), I was given free reign to create anything I wanted as long as it reflected the spirit of the two songs: LOTR and Star Wars.
Who: UBC Orchestra and UBC Acapella Club (Choir)
Art Direction:
As the conference centered on indie games, I chose to create an entire world describing my version of an RPG styled Middle Earth (LOTR). Each segment of the world was designed to convey part of the emotional arc as the story unfolded and as the audience was taken through the world via in-world camera.
The piece was divided into two experiences:
1) The first few minutes depicted my actual drawing in live format.
2) The remaining 7 minutes depicted a 'fly through' of the world. Both segments highlighted and reinforced the art form and story narrative. 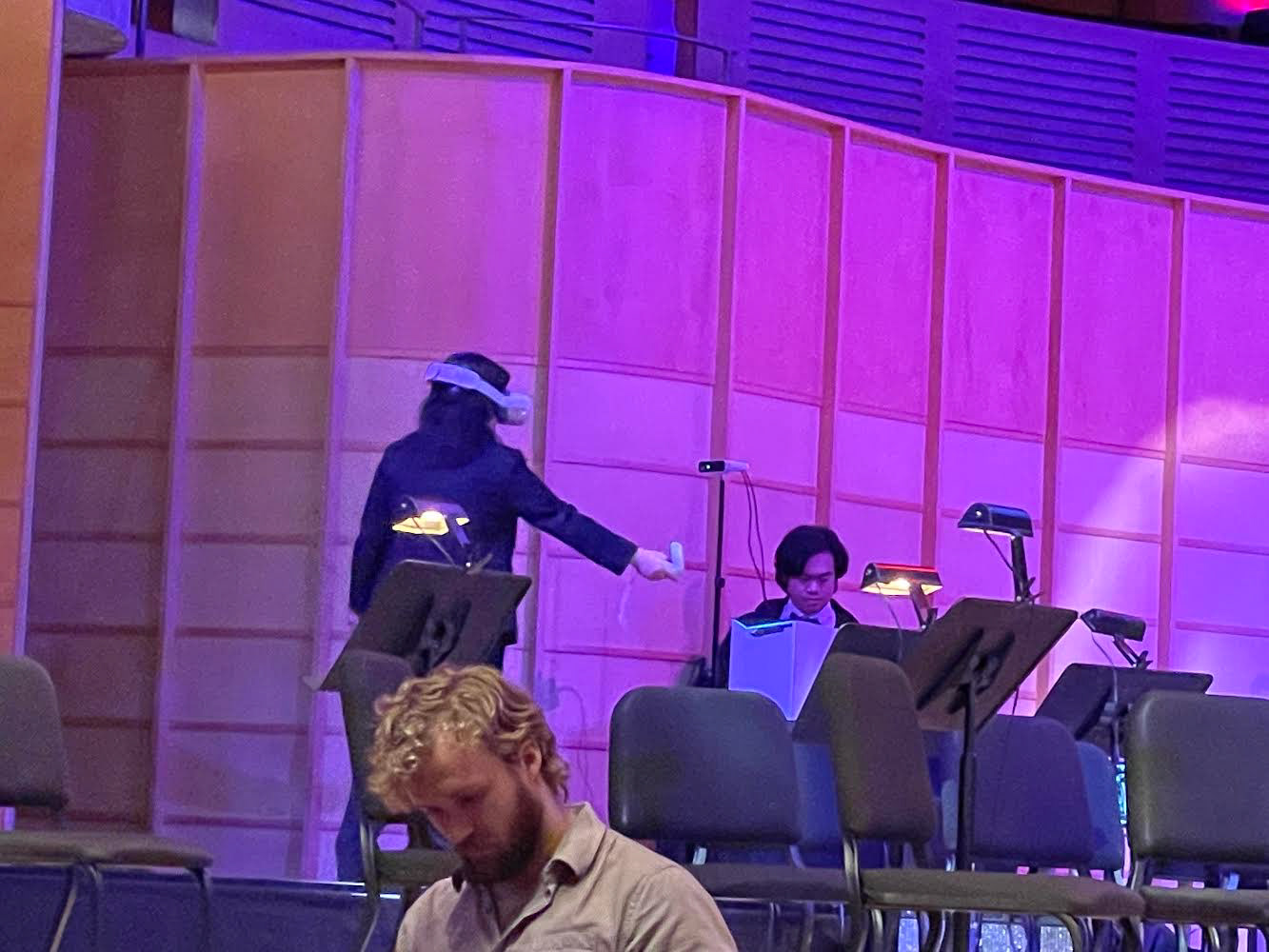 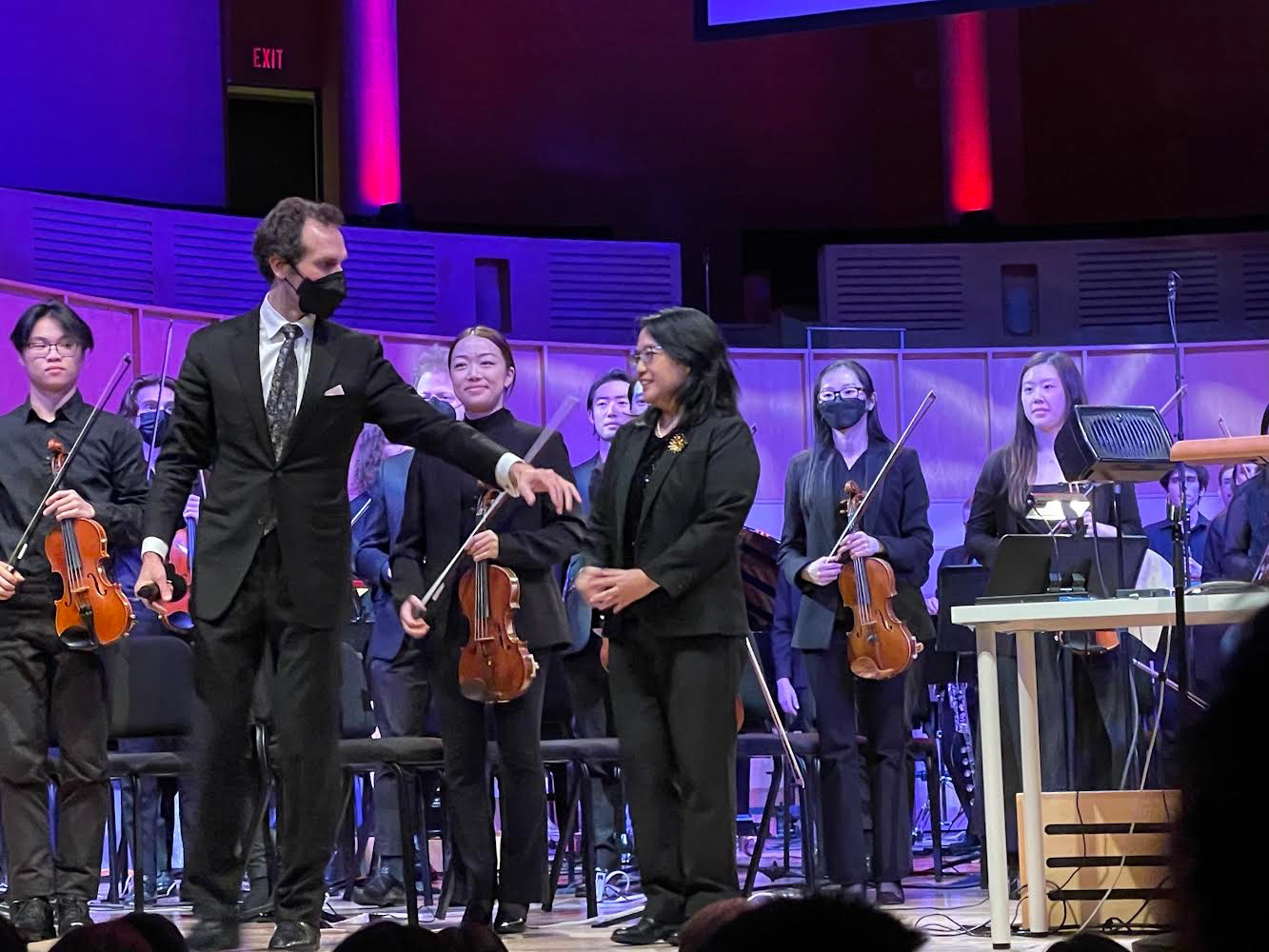 On stage with Lucas Waldin 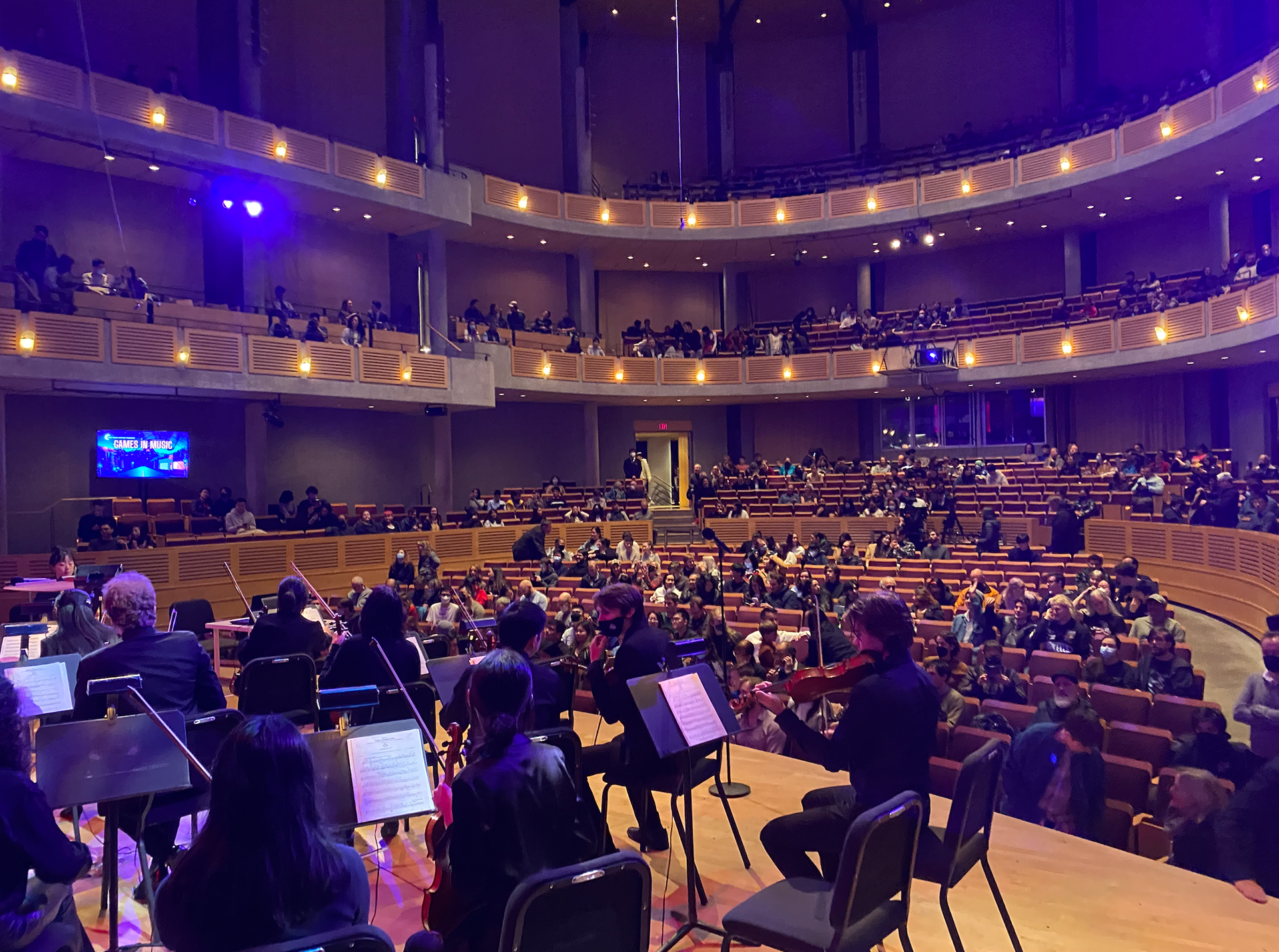 Chan Centre for the Performing Arts

Conclusion:
By inviting the UBC student body especially people representing diversity and inclusion, the Chan Centre for Performing Arts actively welcomed a new generation of cultural attendees many of whom had never attended such an event.
The event was SOLD OUT to a crowd of over 1500 people. Feedback was great and the various interactive entertainments were successful in bringing excitement and innovation to an orchestral experience.

The Sea Creature - 'The Temptation'